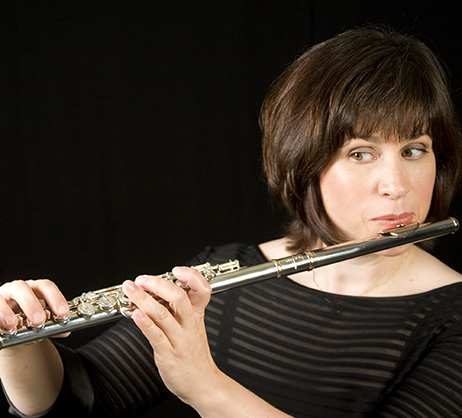 Principal Flutist of the Baltimore Symphony Orchestra, Emily Skala distinguished herself with affiliations to six major US orchestras within only five years of graduation from the Eastman School of Music. She has performed professionally with the Rochester Philharmonic, San Diego Symphony, North Carolina Symphony, Pittsburgh Symphony and the Minnesota Orchestra all before joining the BSO in 1988. She has been a faculty member at the Peabody Conservatory of Music since 1989. As a performer, Emily Skala has been described by critics as imaginative and extraordinarily talented, possessing a beautiful, powerful sound, a lyrical eloquence of phrase, a brilliant technique and a virtuoso’s confidence; “a genuine charmer with unimpeachable musical taste”. She can be heard on many BSO recordings and her own debut solo CD (Summit Records) playing the Brahms Sonatas, Op. 120 and the Schubert Variations.