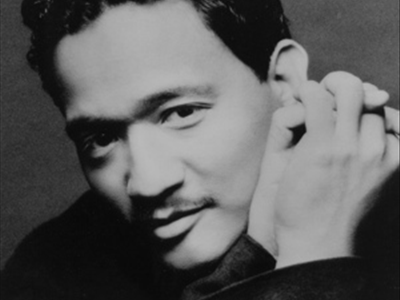 D.D. Jackson is a Canadian-born, New York City-based jazz pianist and composer whose work spans 12 CD’s as leader or co-leader, featuring almost entirely original material, ranging from his Juno Award-winning solo piano CD “…so far” (RCA Victor/BMG) to his larger-scale meditation on the events of 9/11 entitled “Suite for New York” (Justin Time Records). Jackson has performed all over the world with his groups and has also appeared and recorded with some of the most distinguished names in jazz and beyond, from saxophonists David Murray, Dewey Redman, Oliver Lake, Hamiet Bluiett and James Carter; violinist Billy Bang; percussionists Mor Thiam and Mino Cinelu; bassist Richard Bona; flutist James Newton; drummers Jack Dejohnette, Andrew Cyrille, Billy Hart and Cindy Blackman, to (most recently) Questlove and  “The Roots” (for their acclaimed new CD “Undun”). Jackson is also an accomplished classical pianist and recently released a recording of Gershwin’s Rhapsody in Blue on Summit Records.   An alumnus of the prestigious Lehman Engel BMI Advanced Musical Theatre Workshop, Jackson’s compositions for theatre includes the operas “Trudeau: Long March/Shining Path” on the former Canadian Prime Minister, and “Quebecite”  based in part on his African-American father and Chinese mother (both written with the acclaimed librettist/poet George Elliott Clarke). Jackson has also been active composing music for film, t.v.., and other media, including for the show “The Wonder Pets” (which has won four consecutive Emmys for “Outstanding Musical Direction and Composition”); “3rd & Bird!” (Disney Junior), and the “The Ocean Room” (which just won the Canadian Gemini Award).   As a writer, Jackson has written for such publications as the Village Voice and for five years maintained a popular column entitled “Living Jazz”, tracing his experiences as a jazz musician, and on jazz as a living, breathing art form (a focus he plans to continue with the imminent launch of his new online music course/membership site, “Jazz As a Verb”.). As educator, Jackson has also given numerous workshops and master classes around the world and is on faculty at Hunter College, where he teaches courses in Jazz and Popular Music, and at the Harlem School of the Arts, where he directs their Jazz Combo and teaches – among others – the exceptional, 11-year-old prodigy Matt Whitaker.   For more information on D.D., please visit his jazz website: http://ddjackson.com and his Composing for Media website of: http://ddjacksoncomposer.com