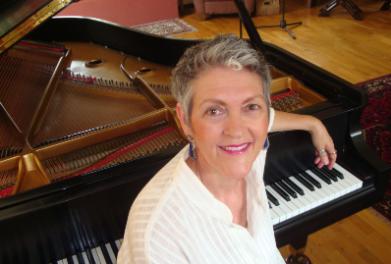 Composer Judith Cloud’s gift for vocal writing was born out of her own rich experiences as an accomplished mezzo-soprano soloist. Born in 1954 in Reidsville, NC, Cloud sang with her musical family in church services, where her first mentor, Dr. Ruth Graham, introduced her to music ranging from Bach to Britten. Later, Cloud entered the North Carolina School of the Arts, where she studied voice, conducting and composition. Her composition studies were with Robert Ward and Roy Johnson. Vocal instruction was with Janice Harsanyi, a champion of 20th-century American composers and an amateur composer, herself.

Cloud’s music, built on romantic principals, is at once lyrical, rhythmically challenging and harmonically intriguing. Her catalog includes numerous vocal, choral and instrumental works. Most notable is her cantata “Feet of Jesus” set to poems by Langston Hughes. In 2009 she was awarded first place for the Sorel Medallion in Choral Composition with her piece for chorus and guitar, “Anacreontics.”  Cloud has created a niche for herself in the pantheon of American composers of art song.

Dr. Cloud is Coordinator of Voice at Northern Arizona University, in Flagstaff, Arizona, where she has taught since 1989.