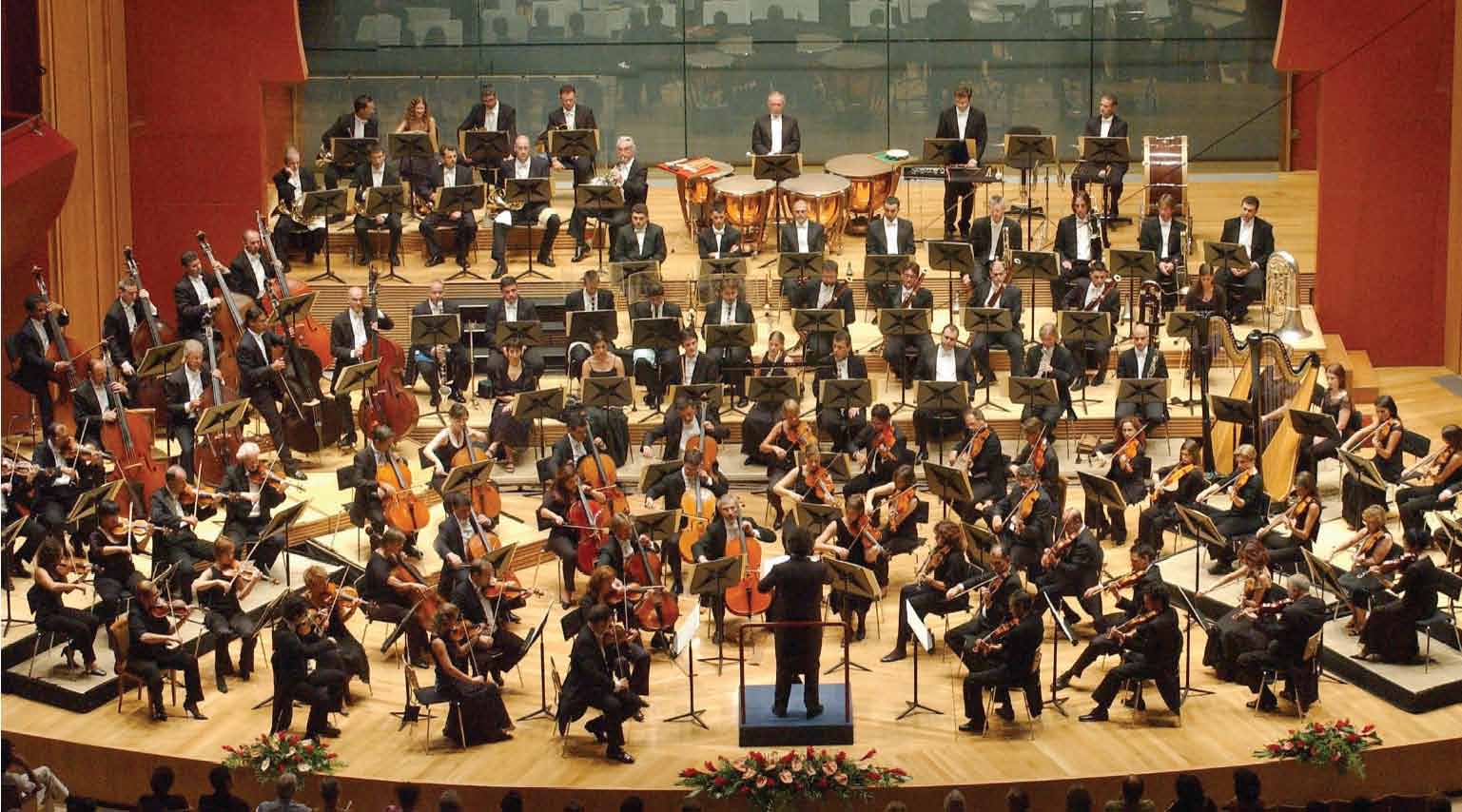 After a long and continuous period of symphonic activity that dates back to 1845, the Orquesta Filarmónica de Gran Canaria was formed under the auspices of the public foundation of the same name. This foundation was created in 1980 by the Cabildo de Gran Canaria (Gran Canaria Island Government).

Continuing in the same line, we highlight the tour to Germany in 1997, including the OFGC presentation in the Alte Oper Frankfurt, and the concert held in the frame of the events organized by the Pavilion of Spain in the Expo Lisbon 1998. In 2001 the OFGC toured to Austria, Germany and Switzerland, performing in such venues as the Grosses Festspielhaus in Salzburg, the Philharmonie in Cologne and the Tonhalle in Zurich, in 2006 to Japan, performing in Tokyo, Yokohama, Osaka, Fukushima and Musashino and in 2007 to China consolidating its prestige as cultural ambassador in the most important concert halls of Beijing, Shanghai, Guangzhou and Shenzhen.

In February 2012, the OFGC conducted by Pedro Halffter made a successful tour to Germany.

Recent highlights include the multitudinous concert Symphonicity with Sting and his band in the Gran Canaria Stadium and Beethoven’s Symphony No. 9 and The Opera Experience (works by Verdi and Wagner) at the Containers Terminal of the Port of Las Palmas conducted by Pedro Halffter and with the OFGC Choir.

Maestro Halffter has also conducted Orff’s Carmina Burana with La Fura dels Baus, the Orfeón Pamplonés and the OFGC Choir at the Canary Islands Music Festival and a concert at the Royal Seat of San Lorenzo de El Escorial in the “Música al atardecer” concert series organized by Patrimonio Nacional.

The OFGC has performed with José Vélez in a benefit concert for the Obra Social de Acogida y Desarrollo, and with José Feliciano in the 10th edition of Arrecife de las Músicas at the Auditorio Alfredo Kraus.

The OFGC is resident orchestra for the Opera season in Las Palmas de Gran Canaria.

The OFGC is considered as one of the most promising projects in the Spanish cultural environment. The effort made in the opening to new audience, supporting the youngest and the constant interest in a creative renewal are reflected in an extraordinarily wide range of concerts and activities.

The OFGC has maintained an Educational Division which has been characterized by an excellent programmef concerts for school children. Worthy of mention are the collection of musical tales under the title of “The Speck of Dust” for AgrupArte, directed by Fernando Palacios. The OFGC has recently joined the Red de Organizadores de Conciertos Educativos ROCE (educational concerts organizers network).

The Orquesta Filarmónica de Gran Canaria and Pedro Halffter made possible their most ambitious album project with the recording of the first CD for Deutsche Grammophon sponsored by the Cabildo de Gran Canaria and and the BBVA Foundation. The CD includes the complete version of Ginastera’s Panambí.

For Warner Music the OFGC and Pedro Halffter have recorded works by Falla, Korngold, Schreker and orchestrations by Schoenberg of Brahm’s Quartet Op. 25 and Bach’s Prelude and Fugue BWV 552.

Over the last few seasons, the OFGC has recorded a total of twenty-five CDs for Arte Nova label which include repertory of 19th and 20th centuries. Likewise, the OFGC has been carrying out a broad programme of recordings of Spanish music for ASV. This project has been awarded the Prizes CD Compact 2000 and 2002 for the recordings of works by Rodó / Obradors and Conrado del Campo respectively. The OFGC has also recorded the world premières of works by Juan José Falcón Sanabria, José Ramón Encinar, Enrique Macías and Fernando Palacios, together with a CD dedicated to Tomás Marco.

The OFGC has also recorded the Canary Islands Anthem as well as the CD offered as a gift from the Cabildo de Gran Canaria to Their Royal Highnesses the Prince and the Princess of Asturias, which includes works by Teobaldo Power, Richard Wagner, Gabriel Fauré and Pedro Halffter.

Maestro Pedro Halffter is Principal Conductor and Artistic Director of the Orquesta Filarmónica de Gran Canaria, position that he holds from 2004-2005 season.

Günther Herbig is Principal Guest Conductor since the 2006-2007 season.

The OFGC is a member of Spanish Association of Symphonic Orchestras (AEOS).