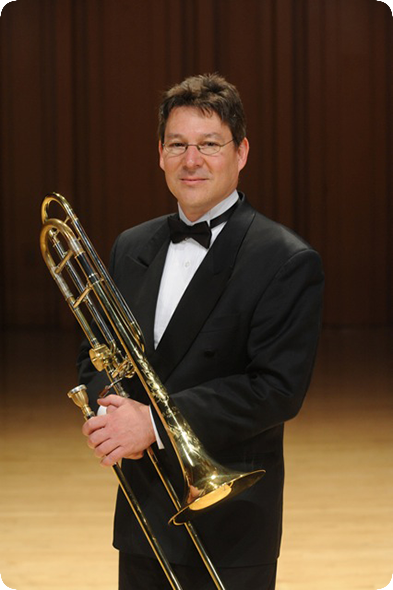 Scott Hartman is a trombonist and teacher. Currently, he is the trombone instructor at the Yale University School of Music and a frequent guest clinician and teacher throughout the world.

Scott’s performing career has been primarily as a chamber musician and soloist. He began his chamber music career as a member of the Empire Brass and now he performs and records regularly with numerous ensembles including – Proteus7, Millennium Brass, the Brass Band of Battle Creek, the Yale Brass Trio and Four of a Kind. Also, Scott often performs as a soloist with piano and with large ensembles.

Mr. Hartman grew up in Elmira, New York and attended the Eastman School of Music where he received his Bachelor of Music degree in Music Education and Performance and a Master of Music degree in Trombone Performance. He studied there with David Ritchie (1977 – 1978) and John Marcellus (1978 – 1983). Scott’s two other primary teachers were Douglas Durnin (1974 – 1977) and Alan Ostander (1978).