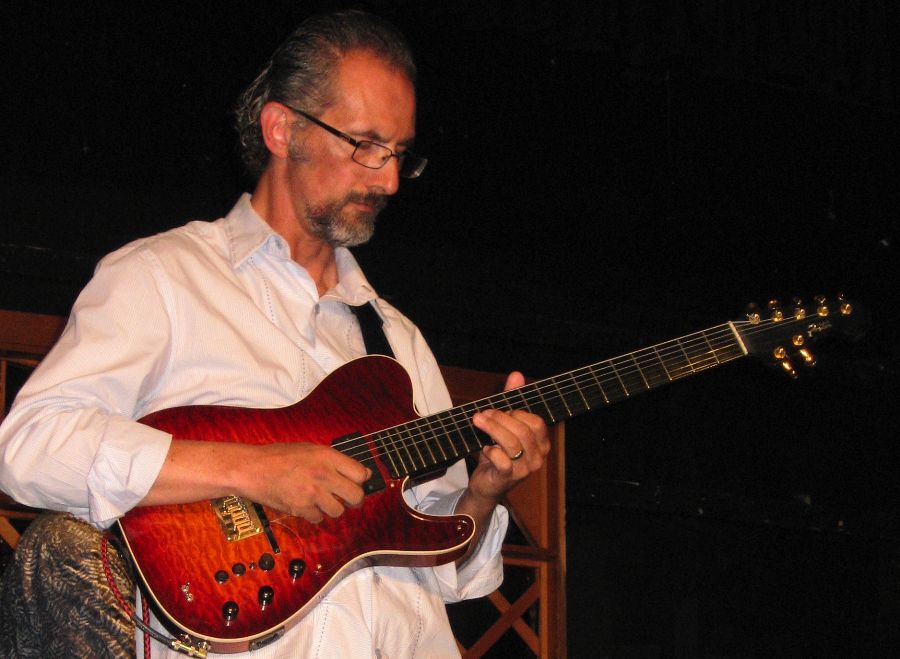 Tom Wolfe is Associate Dean of Humanities and Fine Arts and Professor of Jazz Studies at the University of Alabama, and a former Leadership Board Faculty Fellow (03-06).  Wolfe  has had the opportunity to perform with some of the most respected jazz musicians of the day.  Most recently, he teamed up with guitar-legend Gene Bertoncini to release Floating on the Silence on Summit Records.  It has met with wide critical acclaim; “…it is some of the best guitar work to appear during 2007.” (Peter Westbrook, jazzreview.com).  Wolfe has served as faculty and performing artist at the Romanian Jazz Education Summit in Timisoara, Romania.  This summit was hosted by Tibiscus University and sponsored by the International Association for Jazz Education and the Fulbright Commission.  Wolfe is also a recipient of an Artist Fellowship from the Alabama State Council on the Arts. He is the first jazz musician to receive this honor. In 1998 Wolfe was appointed a Kennedy Center/USIA Jazz Ambassador. Wolfe toured several countries of North and West Africa under the auspices of this prestigious program, including a performance at the Kennedy Center for Performing Arts. Wolfe has performed and/or recorded with Lew Soloff, Gene Bertoncini, Lou Marini, Mundelle Lowe, Bill Goodwin, Frank Vignola, Harvie S, Ken Watters, Bill Huntington, Victor Atkins, Hilary Jones, Oteil Burbridge, Charli Persip, Jamie Aebersold, Bob Hope, Englebert Humperdink, Rosemary Clooney, Rose Marie, Chita Rivera, Jerry Van Dyke, Guy Lombardo Orchestra, Lawrence Welk Orchestra, and many others.  Commissions include the Band of the U.S. Air Force Reserve Jazz Band and other universities in the U.S.  He also recently contributed music to the Ellen Degeneres TBS Special, “Ellen’s Really Big Show.” Wolfe has also performed throughout the U.S., El Salvador, France and an upcoming tour in Italy and return to Romania. Wolfe serves as clinician and adjudicator at college and high school festivals and jazz camps throughout the region.